Improve Your Personality: Stop Criticizing And Judging Others

Improve Your Personality: Stop Criticizing And Judging Others 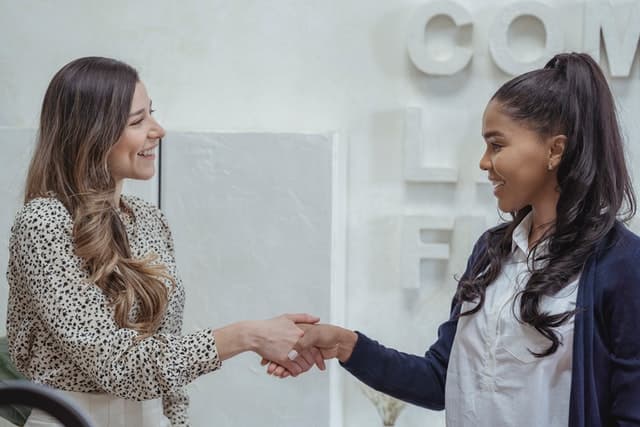 Do you have a habit of criticizing your family, friends, or coworkers? Do you concentrate on their flaws?

This post is for you if you've noticed (or been informed) that you're judgmental of others.

To be effective, a person must be able to encourage and influence people. He must have a genuine interest in others and learn to lavishly appreciate them. Now we'll take a look at another essential factor: avoiding criticism.

Why stop criticizing others?

No one likes criticism

We all know that no one enjoys receiving criticism. In reality, hardly one admits to making a blunder. Although the entire world may judge him as the guilty party, no one ever takes the blame on himself. Take, for example, Adolf Hitler, who is widely recognized as the primary perpetrator of World War 2. The allies labeled Hitler and his cronies as the worst human rights violators and war criminals ever. However, Hitler and his lieutenants who survived him never admitted that they were incorrect. They adamantly defended themselves, claiming that they did it all for the benefit of their German homeland and the allies were responsible for everything that went wrong.

The thought processes of notable criminals and dacoits are similar. They all saw themselves as impoverished people's champions. They believe they are being punished or imprisoned for no fault of their own.

Similarly, when confronted with criticism, each person strives to defend himself or herself. Nobody enjoys being criticized, whether they are young or old, friends or adversaries, known or unknown. As a result, a leader should think twice before criticizing others and should always endeavor to prevent it. 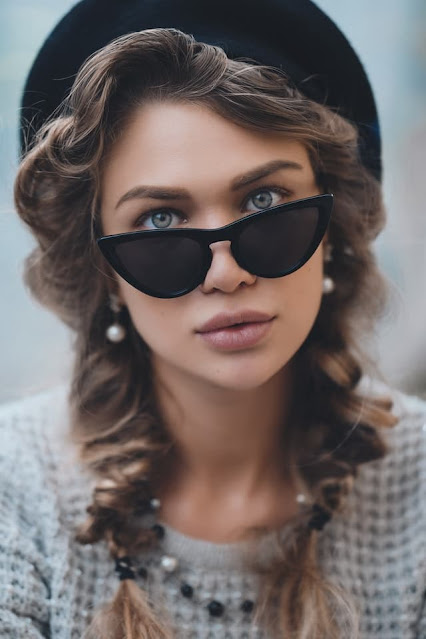 Anyway, what is the point of criticizing or pointing out flaws in another person? What are we hoping to achieve by criticizing others? Every time we feel compelled to criticize, we should ask ourselves this question: Is our purpose to correct and improve the other person? Do you truly believe that by criticizing the other person, he will change his ways? Because no one likes to be criticized, the question of changing and improving is ruled out. The person, on the other hand, defends, rationalizes, and perseveres with greater zeal and resolve. As a result, rather than encouraging someone to act in the way you want, criticism will cause them to respond in the opposite direction.

Why do so many people engage in criticism if it does not result in improvements on the side of others? Perhaps some people gain a sense of significance by putting others down. They try to brag about themselves by pointing out flaws in others. They not only expose themselves, but they also gain the enmity and resentment of others in the process. Furthermore, as we've seen, the desire to feel significant is universal. The person being criticized has his or her own ego and sense of self-worth. He will not take the criticism in stride. He'll retaliate vehemently and launch a blistering counter-attack. The end consequence would be nothing more than an embarrassment in public.

Another significant reason to avoid criticism is that it is unproductive. The initiative is killed by criticism and condemnation. It frequently causes people to give up their attempts. It fosters an inferiority mentality, and there have been reports of people going insane or even committing suicide as a result of unkind comments. Dr. Samuel Johnson, fully aware of the negative effects of criticism, observed that even God, in His infinite wisdom, does not intend to judge a man till the end of his days. As a result, it would be foolish of us to rush in and criticize others. "There is nothing that destroys a man's goals like criticism from his superiors. I never criticize anyone because I believe in motivating people to work, thus I am eager to praise but unwilling to criticize. If I admire something, I give it my wholehearted approval and profuse praise." writes Charles Shwab. 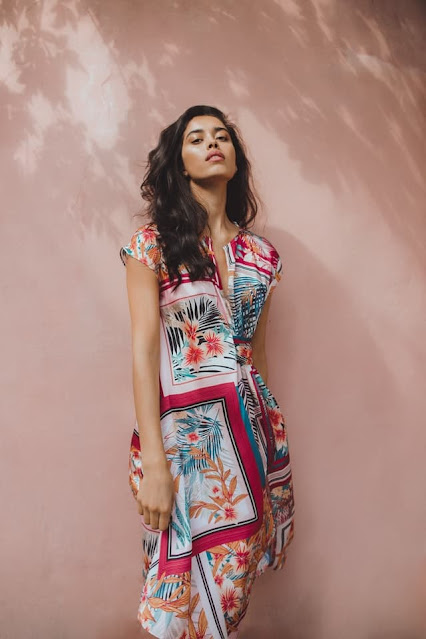 Build Self-Confidence With These Simple But Actually Effective Tips

How to stop the behavior of criticizing others?

When trying to understand others, we should often refrain from criticizing them. When we put ourselves in the shoes of the other person and consider things from his perspective, we will immediately understand why and how he acted the way he did.

What's more crucial to realize is that each individual is influenced by his or her surroundings. He is frequently a helpless victim of situations in his life. You and I know quite well that all our behaviors are not strictly rational and logical. We act on impulse, affected by emotions and influenced by prejudices such as likes and dislikes. As a result, to improve our personality we must be able to understand others, see things from their perspective, express gratitude, and avoid criticism.

2. Understand that no one is perfect including yourself.

No one is without flaws. This is the unvarnished truth that we must all embrace. It's uncommon to find someone who has demonstrated unblemished and absolute purity in thinking and conduct.

It takes a lot of mental effort to comprehend that our quest for perfection is futile. To begin with, no one is perfect; no one has everything. Second, even if we were flawless, we wouldn't get where we wanted to go.

Franklin D. Roosevelt, despite his physical limitations, ascended to become one of America's greatest presidents. At first glance, qualities that appear to be negative can turn out to be beneficial in the long run. Things are perfected through imperfections, just as we succeed through failures.

Nobody can claim to be flawless or without room for development. Even the most accomplished among us may always have something to improve on. As a result, we should rectify ourselves, clear our own doorsteps, and refrain from pointing out snow on other people's roofs. 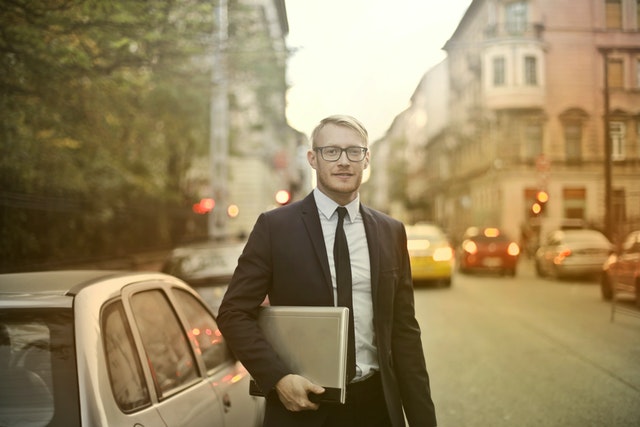 3. Question yourself: Do you really have to say anything?

Mahatma Gandhi and Abraham Lincoln's success can be related to their exceptional ability to avoid criticizing others. Mahatma Gandhi chastised himself and attempted to purify himself by fasting, but he never said anything negative about the British or other Indian politicians.

Lincoln avoided premature and hasty criticism to a tee. He didn't send his letters with negative comments right away. He withheld them, and in most cases, they were destroyed and never reached their intended recipients. A leader can claim to be wiser than others, but he should never proclaim it to the rest of the group.

"A scientist never tries to prove anything; he merely strives to find the facts," said Vilhjalmur Stefansson, a prominent explorer, and scientist. A leader is subject to the same rule. He should start by gathering information. Instead of criticizing his supporters, he should recognize and embrace their positive qualities.

You might wonder how a person can help his people improve and bring out the best in them if he chooses to ignore their flaws.

To improve our personality we must attract the attention of the individual concerned to his shortcomings, faults, omissions, and commissions when he feels it necessary. However, this must be done with tact. It should be done after gaining a thorough grasp of the problem and with due respect, or it should be translated into useful advice rather than harsh criticism. 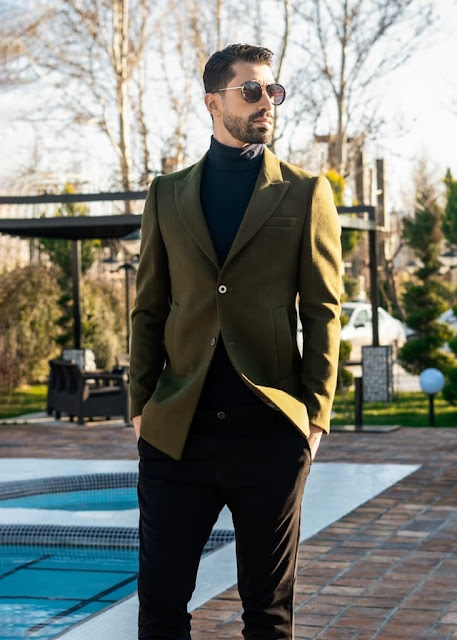 5. Ask questions rather than downright criticizing

You should ask questions instead of outright censure. He should kindly and objectively point out where things have gone wrong. Offer a realistic demonstration rather than harsh words, and you will get the desired outcomes.

A leader should pay more attention to the other party and encourage them to speak up. He should give others a chance as well. He should make the other person aware of his error rather than forcing him to accept or own it.

6. Avoid criticizing anyone in front of everyone

As we said the aim is not simply to find fault but to bring about improvements. One important factor we should bear in mind is not to criticize anyone in public, that is, in the presence of others. The ego and self-esteem will drive people to defend themselves and justify their actions when they are criticized in public.

As a result, we should avoid criticism and, if we must say something unpleasant, we should sugarcoat it, disguise it as a recommendation, and deliver it in absolute confidence. Before pointing out the flaws, we must graciously express our sincere gratitude and respect for their positive attributes.

7. Use indirect method to make the other person understand.

We must approach the individual in a kind manner and induce a receptive mood in him or her. We must use indirect methods to call their attention to their errors whenever possible. Before pointing out the flaws of the other person, it would be incredibly beneficial to talk about our own mistakes.

The error should not be exaggerated to the point of absurdity. It must look to be a simple task that may be corrected. We must take his explanations at face value if he is trying to save face. In reality, we can bestow onto the other person a prestigious reputation to uphold. 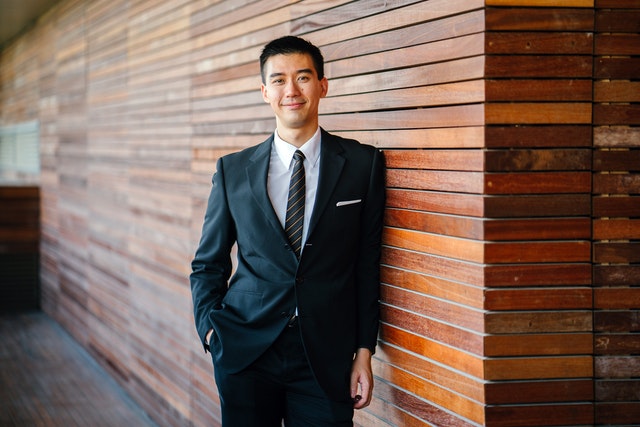 As a result, a leader who has to influence and drive people should avoid criticism as much as feasible. If he shows genuine interest in the other person, he will have few opportunities to criticize them. Consider things from the other's point of view and express true and honest gratitude for what the other craves and desires.

Criticism will be unnecessary if there is a proper grasp and appreciation of the situation. When mistakes must be pointed out to improve the situation in the future, it must be done in a friendly and tactful manner to achieve the intended effects. A leader who, on the whole, avoids criticism will be favored with remarkable success.