An Inspiring Story About Joel Brown's Addiction To Success

An Inspiring Story About Joel Brown's Addiction To Success 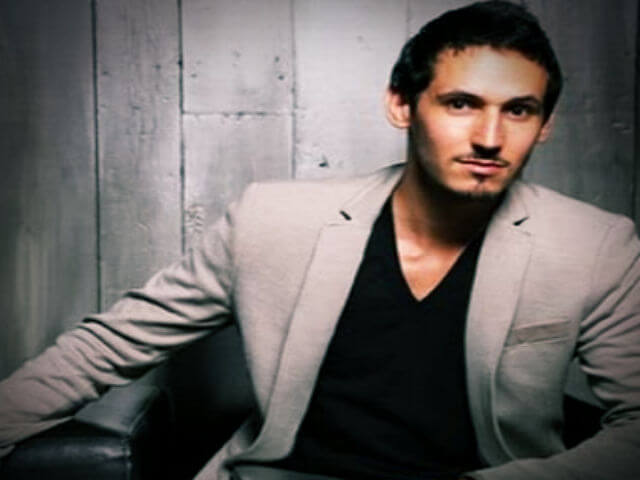 Joel Brown is best known for his #1 motivational and inspirational website worldwide - Addicted2Success.com. It offers inspirational quotes and articles, as well as videos, interviews, audio, podcasts, ebooks, and more from well-known authors and personal development coaches including Joel himself.

In 2015, Joel was also honored by SUCCESS magazine in their BlogStar Awards.

Joel was born on 16th April 1987 and spent his early years with his family in Perth, Western Australia.

Joel was working with the music industry in Miami, Florida. He was feeling unfulfilled and frustrated with the day job and of being under someone's control.

How Joel got his vision

He then returned to Perth and started working as a sales executive. He worked with his full focus on getting pay rise and promotions. One day, the CEO and founder of his company invited Jordan Belfort, the wolf of wall street, to give employees a workshop on sales. Joel just took the opportunity to attend the workshop.

When Joel attended the training, Jordan asked Joel whether he had any goals. Joel embarrassingly admitted he didn't have any goals. Jordan then said something that immensely inspired Joel. “Goals are wonderful for short-term accomplishments, but what you really want to do is cast a vision for your life,” he explained. He encouraged Joel to think big and bigger.

Jordan asked him what he is good at. Joel responded that he likes anything that is related to self-development. He was also good at computers. Jordan suggested formula and encouraged him to align what he is good at and work towards the vision.

Joel was inspired by those ideas and began to consider how he could bring his passions, values, and strengths together in a way that would allow him to achieve his goals.

Joel came home and decided that he would start a website. He bookmarked motivational articles and quotes from the internet. He began to publish these articles on his website. At that time Joel had started writing his own articles too.

Joel used to utilize his break time to work on his website. His colleagues noticed him and asked him about this website. They were intrigued by what was on the website. Joel described them, that it was his website and that he shares inspirational articles and quotes on it. Soon his colleagues were sharing the website with their friends.  He included a share bar to allow people to easily share the articles that he publishes. This helped Joel get the initial traffic on his website. This is how addicted2success.com was born.

The web traffic was increasing every day at a very high rate which even Joel had not expected. Later he decided to monetize it with Google Adsense. With the help of traffic that he was receiving on his website he was able to earn a good amount of money every month.

Initially, the revenue was few dollars per day. It then progressively increased to the point where Joel used the money on food and to pay his bills, transportation, and other miscellaneous expenses. However, as he continued to produce fresh content, his website's traffic and ad revenue kept increasing.

After nearly two years, the ad money was sufficient to cover all of his monthly costs, including rent and even a few vacations. This is the point where he achieved financial independence and decided to quit his job to focus solely on a website that had now become his primary business and never regretted his decision.

It's been nearly 10 years since Addicted2Success began and now we all know, it's the world #1 motivational website. Joel's website has become one of the most prominent online sources of encouragement and inspiration in just a few years. Addicted2Success receives between 2 and 2.5 million visitors per month.

What contributed to Joel's Success

Through personal development and sharing his own personal narrative, Joel's goal for this site has always been to inspire and empower other determined individuals. Over the last 10 years, the young entrepreneur has developed an entire business on this notion as a master of content and social media marketing. He is committed to post content that inspires people. He believes the people like to be inspired and by his work he is helping the community.

Looking at the success of addicted2success.com, Joel had received many offers to sell his website but he always declined. Addicted2Success is more than a website to Joel; it's a brand. He treated Addicted2Success like his baby. He is dedicated to maintaining that brand. He puts in a lot of effort to give the quality in work - Be it addicted2success website, ebooks, and other materials that he produces.

There was a time when Joel declined to sell his website for million dollars and after some time the website traffic started to show a substantial downtrend. At that moment, Joel felt he should have taken those million dollars offers to sell his website. Joel, at this moment, decided to look at the solution rather than the problem. He thought of his long-term vision which helped him make the right decision. He decided to find the reason for the downtrend of the website.

Joel discovered the downtrend was due to the changes in the Google algorithm and because of spammy backlinks that his competitors had created. Joel proactively worked on removing the bad links and bring the website back on to its path to success.

It shows how connected he was to his vision. Selling his website would have given him a million dollars but that is not a big amount as compared to what Joel earns now on his website. His vision helped him think from a long-term perspective.

Joel's entrepreneurial path is remarkable. Starting with nothing more than a dream of a better life, he combined his abilities and passions and, in just a few short years, developed a thriving internet business, attained financial independence, and inspired millions of people.