10 Iron-Rich Drinks You Should Include In Your Diet

10 Iron-Rich Drinks You Should Include In Your Diet

Iron is a necessary mineral that is needed to carry oxygen throughout the body in the form of hemoglobin. Anemia (fatigue/weakness) is caused by even a slight iron shortage, and a chronic deficiency can lead to organ failure. Hence iron-rich fruits juices can help you to increase Iron in the bloodstream. 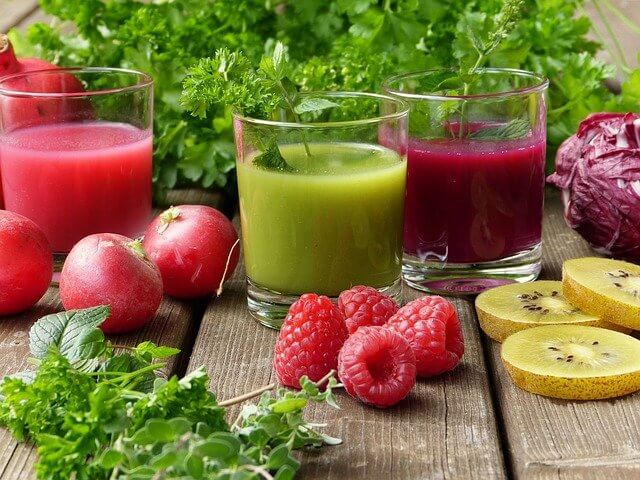 Too much iron, on the other hand, causes the creation of damaging free radicals and interferes with metabolism, causing damage to organs such as the heart and liver.

Because the body is capable of regulating iron absorption, overdose is uncommon and typically happens mainly when people take supplements. Natural dietary sources of iron, such as those mentioned below, are thought to be safe and healthful.

Iron's current daily value (DV) is 18 milligrams (mg). Having iron-rich foods and drinks on daily basis will help you maintain this value at the optimum level.

Who Are At Risk Of Iron Deficiency?

The highly vulnerable populations that can have iron deficiency include :

The increased blood volume requires extra iron to transport oxygen to the fetus and developing reproductive organs. Before using an iron supplement, consult your doctor or a certified dietitian nutritionist.

Iron insufficiency can occur in women who have extremely heavy menstrual cycles.

For the first six months of life, babies accumulate adequate iron. Their iron requirements rise after six months. Breast milk and iron-fortified baby formula can supplement the iron that foods do not provide. Cow's milk is an iron-deficient food. When youngsters consume excessive milk, they cut out other meals and may develop "milk anemia." The American Academy of Pediatrics recommends avoiding cow's milk until the child is one year old, after which it should be limited to no more than four cups per day.

Adolescent girls are in danger due to their sometimes irregular or limited diets and their fast development.

According to the National Institute Of Health, below is the list of foods and drinks high in iron along with DV for reference. 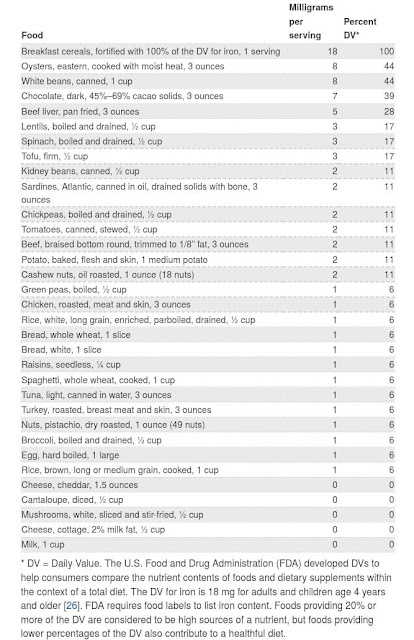 But in this article, we will tell you about 10 iron-rich juices you should include in your diet to fight iron deficiency. 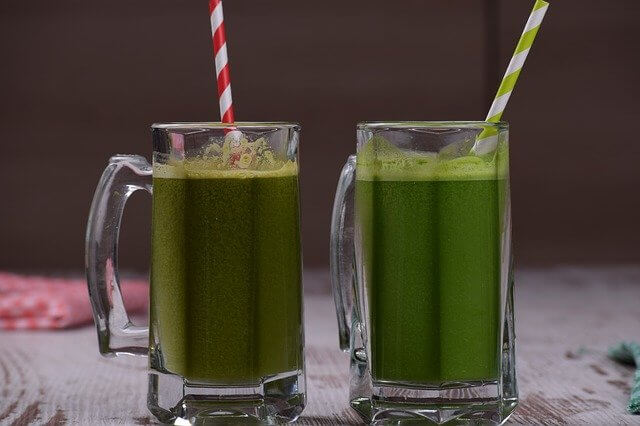 Spinach has a lot of health benefits, but it's also low in calories. Raw spinach contains 2.7 mg of iron (about 15% of the daily value) in around 3.5 ounces (100g). Although spinach contains non-heme iron, which is poorly absorbed, it is also high in vitamin C.

Spinach is also a good source of potassium, magnesium, vitamin C, B6, B2, K, E, carotenoids, and copper, in addition to being high in iron. There aren't many foods that are as good for you as spinach. If the simple flavor of spinach bothers you, mix some Jal-jeera, mint leaves, and lemon.

To make spinach juice in a juicer, combine the spinach and mint leaves with 12 cups of water until smooth. Using a sieve, filter the juice. Mix in the lemon juice and jal-jeera powder thoroughly. In glasses, put some crushed ice in the bottom and pour the juice over it. Serve it right away. 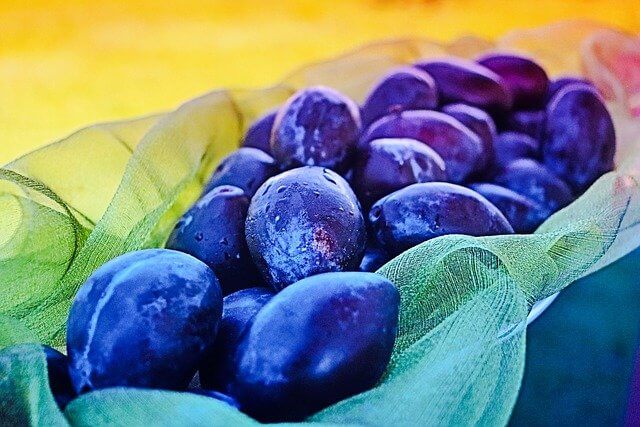 Prune juice is created from dried plums, also known as prunes, which provide a variety of minerals that can help you stay healthy. Prunes are a fantastic source of energy and do not spike blood sugar levels quickly.

A cup of prune juice contains roughly 3mg of iron, according to the USDA. Apart from that, prunes are high in manganese, potassium, vitamin B6, and vitamin C. If you have stomach difficulties, such as constipation, you can drink prune juice.

Take 5 dried prunes, 1/4 cup water, and set aside for 15-20 minutes to prepare prune juice. In a blender, combine soaked prunes, 1 cup water, 1 teaspoon lemon juice, and raisins for sweetness. Blend until it's completely smooth and serve with ice cubes. 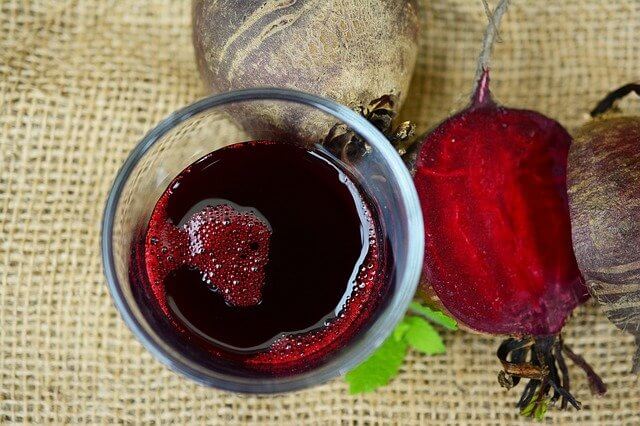 This crimson-colored juice is a powerful healing medicine that should not be overlooked. Beetroot juice, which is high in iron and potassium, may also help to lower blood pressure. One cup of beetroot juice roughly contains around 1.1mg of Iron.

It's also high in folate, manganese, potassium, betaine, and vitamin C, among other critical elements. Beetroot juice aids in the removal of toxins from the liver and improve the oxygen usage of our red blood cells.

Take 2 medium beets, 1 cucumber, and 1-inch ginger, chopped into thin bits Remove the yellow peel of a lemon, leaving the white pith and most of the lemon flesh. Remove any seeds before slicing. Toss everything into the juicer and turn it on and process it till it is smooth and mixed well. 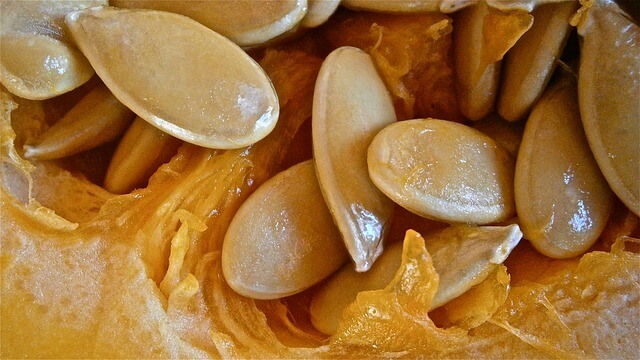 Pumpkin is a powerhouse of antioxidants and minerals that can help you live a healthier life. Not just the fruit, even pumpkin seeds are claimed to be one of the greatest sources of iron. Pumpkin seeds can be eaten as a snack or added to a smoothie bowl. One cup of pumpkin seeds contains approximately 2.1 mg of Iron.

All you have to do to make pumpkin juice milk is soak a cup of pumpkin seeds in water and salt for at least 6 hours, or overnight. Drain and rinse the soaked seeds before blending them with 4 cups of water and date/maple syrup in a blender. Process for a minute until it turns creamy and smooth. Using a nut milk bag, strain the mixture (squeezing out as much as you can.) Refrigerate for up to 3 days in an airtight glass jar. Then it is ready for consumption. 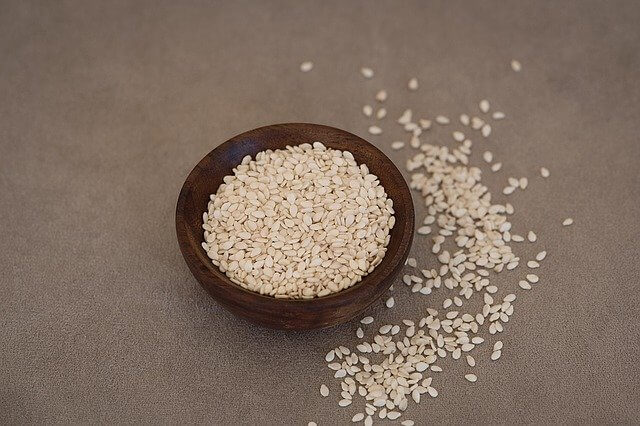 According to the USDA, the seeds contain 1.31 mg of iron per tablespoon and a bevy of other critical elements, including copper.

Sesame seeds are also high in zinc, selenium, copper, iron, vitamin B6, and vitamin E, all of which are important for your immune system.

Take 2 tbsp sesame seeds, soaked in water for 5-10 minutes. Drain the water and set it aside. Blend the soaked sesame seeds, 1 banana, 2 tsp flaxseed powder, and 1 cup milk in a blender until the sesame seeds are completely crushed. 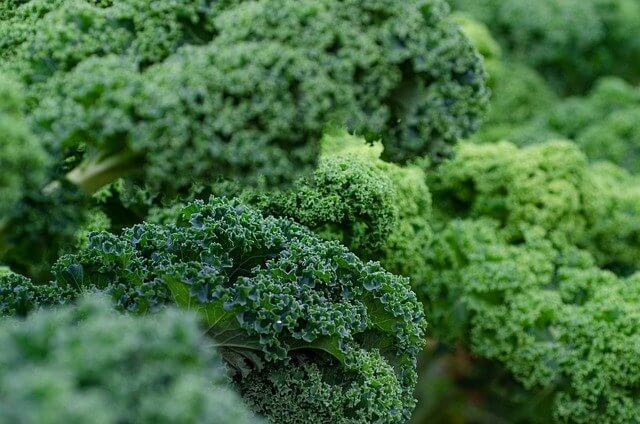 Kale is a crisp, hearty vegetable with an earthy flavor. The flavors and nutritional value of each kind can differ. Younger leaves, especially those from the summer, are less bitter and fibrous.

Kale has about 1.59 mg of iron per 100 g. Kale is also high in fiber, antioxidants, calcium, vitamins C and K, and a variety of other nutrients that can aid in the prevention of a variety of ailments.

Kale smoothies can help people get more iron in their diet. To sweeten the smoothie, they may want to combine their green vegetables with fruits. 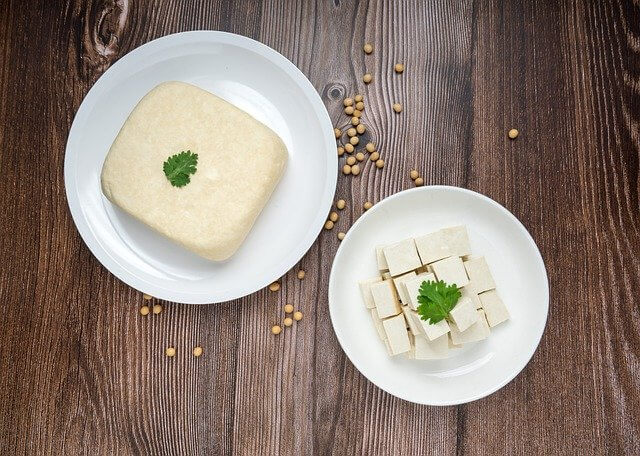 Tofu is a coagulated soy milk curd. It is available in a variety of firmnesses, ranging from silky to exceptionally hard. Tofu has approximately 5 mg of iron per 100 grams.

Tofu can be added to smoothies to boost the iron content of the beverage. Iron levels tend to be higher in firm tofu. Some people, however, prefer silken tofu because it has a smoother texture.

In a blender, add 1 cup plain soymilk, a sliced banana without peels, one tablespoon of honey, 250 grams silken tofu, and 2 tablespoons lemon juice. Process till it is smooth and mixed well. Serve it with a pinch of salt or refrigerate for consumption later. 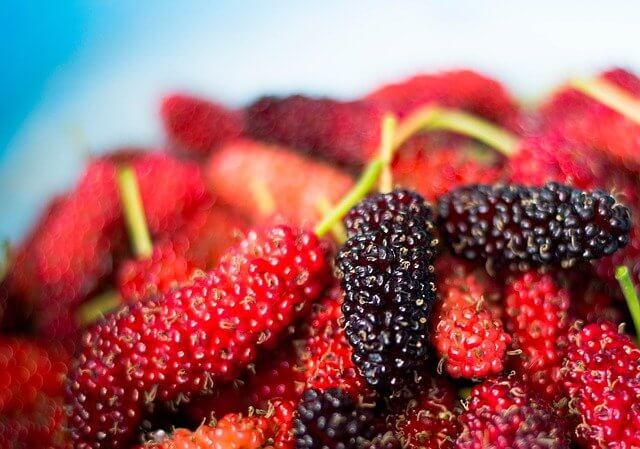 Mulberries are high in iron, vitamin C, vitamin K, potassium, calcium, and many other minerals. They also have a lot of dietary fiber and a lot of different nutrients. A cup of mulberries contains 2.6 mg of iron.

Those burgundy berries are a terrific helper in enhancing digestive health and immune system, as well as a great antioxidant booster, thanks to their many nutritional properties.

In a blender, add one cup of cleaned and drained fresh mulberries, one peeled banana, a quarter cup of almond milk, a quarter cup of oats, a cup of thick yogurt, and a tablespoon of chia seeds. Blend it till it turns smooth. 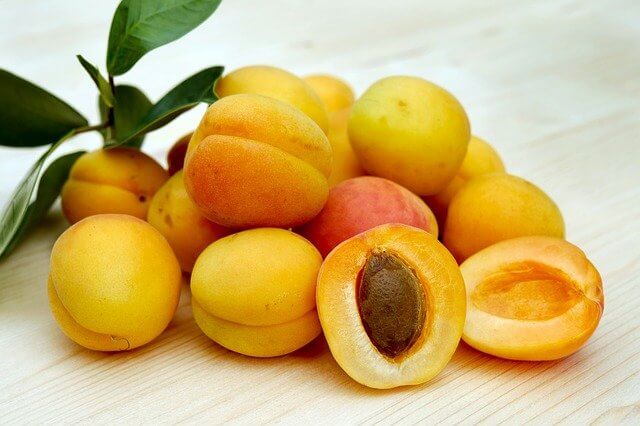 There's a fantastic method to bring our favorite cuisines together. Smoothies. We created this smoothie recipe with raisins and dried apricots for individuals who enjoy dried fruits as much as you do. Raisins, which are high in critical minerals for overall health, are at the top of the list of recommended snacks for persons with digestive issues.

1.08 mg of iron is found in approximately 40 g or five dried apricots. It also contains a lot of vitamin A and potassium.

Soak dried apricots for a few hours, then cut them in half and remove the seeds. Combine them in a blender with a little water. To make it sweeter, add mint leaves and raisins and blend on high for a minute. Serve immediately in a serving glass. 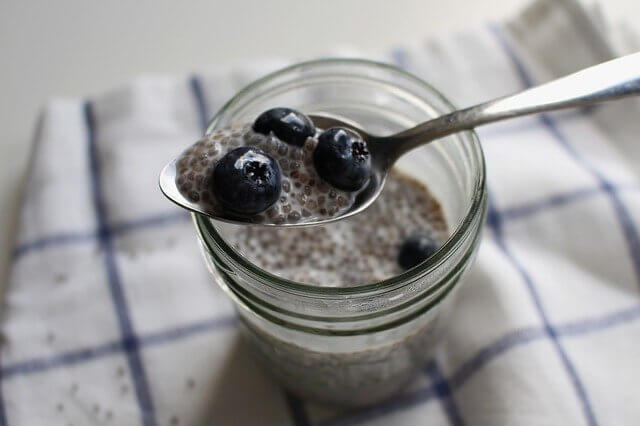 Chia seeds contain 7.7 mg iron per 100 gms. Chia seeds also have a higher concentration of omega-3 fatty acids, calcium, phosphorus, and fiber than flaxseeds. The majority of individuals do not get enough of these vital nutrients.

Iron, calcium, thiamin, manganese, magnesium, zinc, phosphorus, B vitamins, folate, and riboflavin are just a few of the critical minerals included in 100 grams of chia seeds. Small amounts of chia seeds added to a regular diet, according to medical experts, can help build immunity, boost metabolism, and fight off some common diseases.

In a jar, mix together 2 tbsp chia seeds, 1 tbsp honey, 2 tsp lemon juice, and 2 glasses of water. Refrigerate the energy chia seed drink for at least 1 hour after covering it. Stir just before serving and drink.

According to the National Health Service (NHS) of the United Kingdom, certain foods and drinks can impair iron absorption in the gut.

It claims that some dietary components can prevent iron absorption. Polyphenols, a group of compounds found in black tea, herbal tea, wine, and coffee, are among them.

If you are allergic to some of the items mentioned in this article, it would be a wise decision to avoid those.

If we have missed including your favorite drink which is a high source of iron, add them to your comments below. Have a great day!