How To Easily Solve Sudoku Puzzles

How To Easily Solve Sudoku Puzzles

If you don't know how to play Sudoku, Click here.

Sudoku game is a puzzle consisting of a 9 by 9 grid of squares on a board. There are a total of 81 squares on the board. A 9 by 9 grid is broken down into smaller groups of cells called blocks of 3 by 3, which is 3 rows and 3 columns each. It can be played by anyone. It is a great game for kids too. 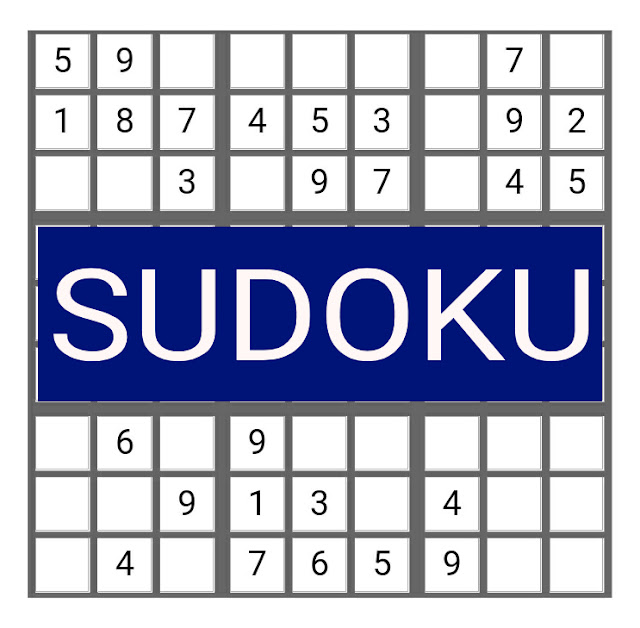 Let's get one thing straight about Sudoku. It is not how we use numbers to fill in the spaces. The numbers are just symbols. Any nine sets of symbols can be used instead of numbers. But as it is convenient, numbers are used.

There are a couple of tricks which you can use to solve it easily within a few minutes. We will discuss them so you don't have to put extra effort into solving them.

So Sudoku doesn't have anything to do with math except that it uses numbers or digits as symbols, but it does use logic which happens to be a branch of mathematics. We are not interested in doing calculations. We are interested in working out the logic behind where the digits need to be placed on the grid to solve the puzzle. To get started, we need to know some basic terminology that is used in pseudocode.

As said earlier this 9 by 9 grid consists of blocks of 3 by 3 squares. We have three groups of blocks of squares looking across the rows. These blocks grouped horizontally is called a rank. We have the top-rank, the middle rank, and the bottom rank. We can also look at the same 9 by 9 group in terms of vertical blocks here. The set of three vertical blocks is called a stack. There is a left stack, the center stack, and the right stack.

So, how do we play Sudoku? when you start a Sudoku puzzle, you will see a 9 by 9 grid that means 81 cells that are partially filled in with some numbers. The easy puzzles have more numbers filled in. The harder puzzles have fewer numbers filled in to solve the puzzle. All the 81 squares on the board should be filled with numbers 0 to 9 without repetition in rows, columns, and the block.

We should remember the basic rules of this puzzle. We must use the numbers 1 through 9 in every row and every column and every block only once.

Trick you can use:

Another way to look at solving Sudoku is, you know that a number can repeat only nine times on the board. Looking at the numbers already given, try to find out a number that can fit in a square at the same time check the blanks in rows and columns in other blocks. 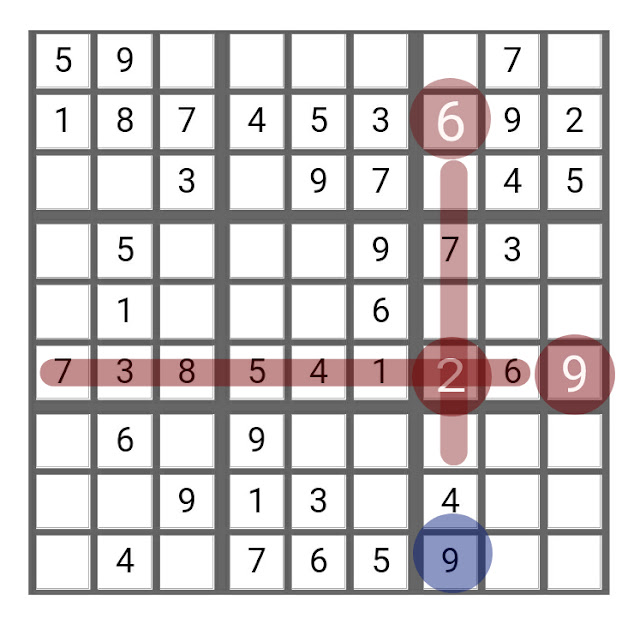 For example, in the above image, you can see in column 7 there is only one number to be filled in row 2 which is 6. Next, the middle-rank right stack block is only missing 2 and 9 on row 6. The number 9 is ruled out as it is already present in the column and hence 2 is the correct option. After that, the number 9 is the only number required in that row.

You need to try a puzzle on your own. The best way to start playing Sudoku is to just do it. Here's a great way to start. You can play Sudoku here at the end of this article. A new web Sudoku puzzle will be available for you every day and you can play daily sudoku for free.

Bookmark this page so that you can easily visit it every day. You can see what it looks like. You can also solve as many free sudoku puzzles as you want by starting a new game. But I would recommend one puzzle per day. The more you solve this free online Sudoku puzzle, the more you will be an expert at solving them as the days pass.

Sudoku is a mental exercise of placing numbers as fast as possible without repetition and then a few more seconds to review if everything is in place. This is a great way of making quicker decisions. The ideal time that is enough to solve a Sudoku puzzle is 5 minutes. This should improve as you keep solving more puzzles and you should be able to cut down this time by more than 2 minutes. So you should be able to solve a Sudoku within 3 minutes.

Mindgames such as Sudoku can help in developing and improving analytical capabilities and sharpen your brain as you solve more of such puzzles. This way you can train your brain helping it make quicker decisions in all sorts of problems.

I hope you enjoyed this introduction to Sudoku. If you did, please leave your comment below. Thank you for reading this article.